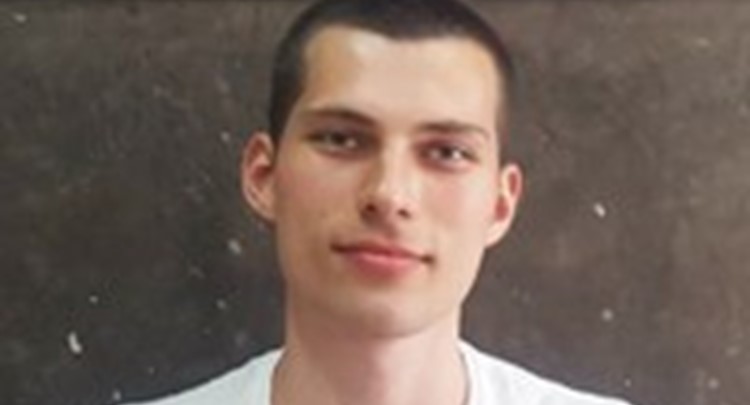 Dmitry Kravchenko has joined the Ameloot group. His doctoral work will focus on the fabrication of thin films and membranes by means of MOF-CVD process for microelectronics and gas separation. Dmitry graduated from the Department of Chemistry of Moscow State University. There he worked on fabrication of zeolite membranes and catalysis on MOFs. During his studies he also did internships in the groups of Prof. De Jong (Universiteit Utrecht) and Prof. Gascon (TU Delft). Welcome to the team, Dmitry! Alexander John Cruz will soon be joining the Ameloot group. His doctoral work will focus on the further fundamental elucidation of the MOF-CVD process and subsequent upscale reactor engineering.

Alex completed a degree in chemical engineering at the University of the Philippines. He was awarded with the President’s Graduate Fellowship by the National University of Singapore (NUS) where he pursued advanced studies in chemical and biomolecular engineering and management of technology. Alex worked on heterojunction photovoltaics and metallization formulation chemistry at the Solar Energy Research Institute of Singapore in NUS.

Prior to pursuing a scientific research track, Alex was a Refinery Energy and Benchmarking Advisor for Royal Dutch Shell.

Cesar is originally from Mexico, and recently completed his postdoctoral appointment at the Folch lab (University of Washington, Bioengineering Department) under the supervision of Prof. Albert Folch. He explored the use of 3D-Printing (in particular, stereolithography) to fabricate microfluidic devices. Cesar’s experiments have aimed at advancing the resolution of the 3D-Printing process, as well as the biocompatibility and transparency of the resins employed in the printing.

Previously, Cesar completed his PhD in Biomedicine and Microfluidics at the University of Barcelona, under the supervision of Dr. Antoni Homs (now in ICN2). He did his research at the Institute for Bioengineering of Catalonia (IBEC) in the Nanobioengineering group where he developed microfluidic devices with integrated biosensors for the detection of specific biomarkers. He also did a short stage in the group of Micro and Nanosystems of Prof. Wouter van der Wijngaart at Royal Institute of Technology (KTH) at Sweden.

In our group, Cesar will focus on 3D printing of microfluidic devices.

Ivo was given the Belgian Industrial Research and Development Board (BiR&D) Multi-Disciplinary PhD Award 2017 (€10,000 prize) Ivo was given the BiR&D Multi-Disciplinary PhD Award 2017 (€10,000 prize) for his PhD thesis: "Synthesis of immobilized metal-organic frameworks for integrated applications".

Thesis details can be found here.

James Campbell is joining our group having undertaken a year of post-doctoral research funded by the Dean of Engineering Prize at the University of Nottingham. While at Nottingham James’s research focused on the fabrication of gas separation membranes composed of metal-organic frameworks (MOFs) as part of Dr Begum Tokay’s research Group.

James obtained his PhD at Imperial College London, under the supervision of Prof. Andrew Livingston, researching the fabrication of hybrid polymer/MOF membranes for OSN applications.

James was recently awarded the 2016 annual award for the best journal paper on Membrane Science and Engineering from the European Membrane Society for his paper entitled for his paper "Fabrication of hybrid polymer/metal organic framework membranes: mixed matrix membranes versus in situ growth" published in Journal of Materials Chemistry A.

In our group James will focus on the fabrication of ultra-thin MOF membranes fabricated via a MOF-CVD process for gas separations. Welcome James ! 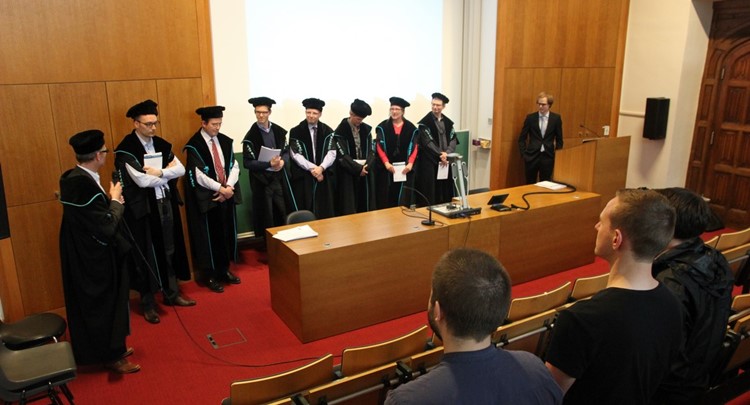 Ivo was awarded his PhD after successfully completing the public defense of his thesis: "Synthesis of immobilized metal-organic frameworks for integrated applications.

Thesis details can be found here.

The Ameloot Group comes into existence

Starting Oct 1, 2014 Rob will be appointed as BOF-ZAP tenure track professor at the Center for Surface Chemistry and Catalysis.

After spending time in the US, in the group of Jeff Long, Rob returns to Leuven to research porous materials in different sizes and shapes. Group members will be hired, equipment will be purchased, adventurous science lays ahead for the newly founded Ameloot Group!