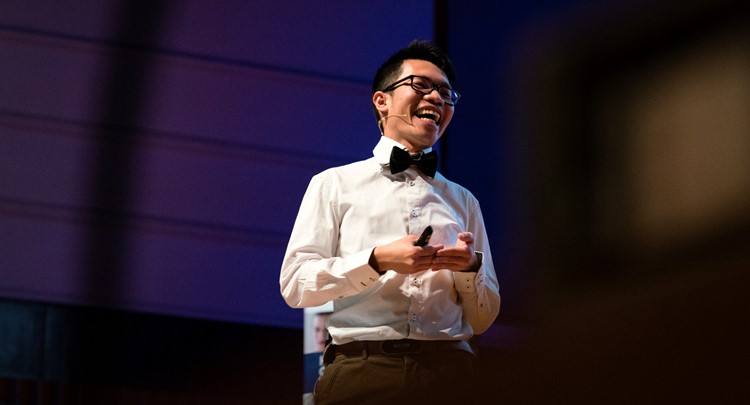 With his pitch entitled "A dog's nose in your smartphones - next-generation gas sensors", Alex took home the crown in the recently concluded PhD cup in Brussels. After 2 rounds of selections, Alex won the jury's choice, besting 7 other finalists from the natural sciences and engineering, medicine and the social sciences and law domains.

The PhD cup challenges young scientists to translate their research to a three-minute spiel, appealing and intelligible to a wide audience of different backgrounds.

Marianne joins the group as a visiting scholar

Marianne Kräuter will join the Ameloot Group for a month, starting October 2018. She will learn how to make ZIF-8 from ALD-deposited ZnO using different recipes, yielding a wide array of properties. Marianne recently started her PhD at the Graz University of Technology, Austria, under the co-supervision of Prof. Anna Maria Coclite and Prof. Roland Resel.

After doing their master's thesis at the Ameloot Group, five fresh Belgian researchers join the force as PhD students. They will be carrying out research on porous materials, atomic/molecular layer deposition, 3D printing for a variety of both fundamental and applied studies. (L-R) Giel, Nathalie, Pieter and Hanne received a Master's degree in Bioscience Engineering (Catalytic Technology), while Ruben (far right) was awarded with a Master in Bionanotechnology from KU Leuven in 2018. Building from their early-stage projects, they will work on developing materials for catalytic, biomedical, and environmental applications. As part of the 2018 edition of the International PhD Academy at the Venice International University on July 9, Alex bested 16 other finalists from other universities in Asia, Europe, and North America with his poster entitled “LAB-2-FAB: molecular layer deposition of microporous crystalline networks for sustainable manufacturing”. The week-long Academy held is an interdisciplinary program of activities aimed at facilitating discussion and exchange of ideas related to sustainable energy hosted annually in Venice.

The sessions gave the students an opportunity to discuss their research with students and professors working on related topics, in an international and interdisciplinary context.

More information can be found here.

The Ameloot Group welcomes its newest team member, Martin Obst. Originally from Germany, Martin studied chemistry at the Universities of Freiberg and Jena. In 2018, he obtained his doctoral degree in Chemistry under the supervision of Prof. Burkhard König at the University of Regensburg, where he worked in the development of methods for solvent-free photocatalysis and organic synthesis in deep-eutectic solvents. In the Ameloot group, Martin will focus on surface coatings with ionic liquids and deep-eutectic solvents, which will then be used for certain specialized applications e.g. catalysis.

Priscilla Rocío-Bautista completed her Bachelor degree in Chemistry in 2012, and her Master degree in Chemistry in 2013, both at the University of La Laguna (ULL), Spain. She is currently a PhD student in analytical chemistry at the QAAMA group (https://ginqaama.webs.ull.es/index.htm), holding a FPI research fellowship (Project Ref. MAT2014-57465-R). Her research focuses on the use of metal-organic frameworks and other hybrid materials, including magnetic composites, in miniaturized devices and platforms for in situ environmental monitoring through integrated analytical microextraction approaches. During her stay in the Ameloot Group, she will study different deposition strategies of MOFs over metallic surfaces in an attempt to obtain MOF-based microextraction devices.

Víctor Rubio-Giménez graduated in Chemistry at the University of València (https://www.uv.es/uvweb/college/en/university-valencia-1285845048380.html) in 2012 after an Erasmus research stay at Imperial College London (http://www.ch.ic.ac.uk/long/index.html). In 2014 he obtained a master degree in Molecular Nanoscience & Nanotechnology at the University of València and then received a FPU PhD grant from the Spanish government. His current work at the UIMM (http://www.icmol.es/uimm) and Funimat (http://www.icmol.es/funimat/index.php) research teams focuses on the preparation of programmable SURMOF architectures and the study of their electronic properties. During his stay, Víctor will work exploring the fabrication of ultrathin films of electrically conductive MOFs via CVD to fabricate MOF-based electronic devices.

Elif is the newest member of Ameloot group! Her doctoral project will be on 3D printing of porous materials for heterogeneous catalysis. Through her PhD project, the use of inkjet-based methods will be explored for the optimization of supported catalysts. Special attention will be devoted to catalysts based on ceramic supports. Apart from new experimental techniques, a methodology will be developed for the interpretation of the results through simulations. She did her MSc at Bilkent University under the supervision of Assoc. Prof. Emrah Ozensoy on the dehydrogenation of formic acid to produce ultra-pure H2(g) from formic acid aqueous solutions under ambient conditions (i.e. at room temperature), in the absence of any additives and with high CO-poisoning tolerance. Under the supervision of Prof Emiel Hensen and Dr Evgeny Pidko at Eindhoven University of Technology, she worked on the evaluation of supported Platinum-Rhenium bimetallic catalysts for selective hydrogenation of ester, with the primary objective of making it highly efficient.

Ameloot Group welcomes Benzheng Xia! His PhD will focus on the synthesis of MOFs via solvothermal and MOF-CVD methods to explore different electrical properties. Before arriving in Leuven, he was a research assistant at the National Center for Nanoscience and Technology (NCNST) of the Chinese Academy of Sciences in Beijing, working on organic photoelectric functional materials and devices. 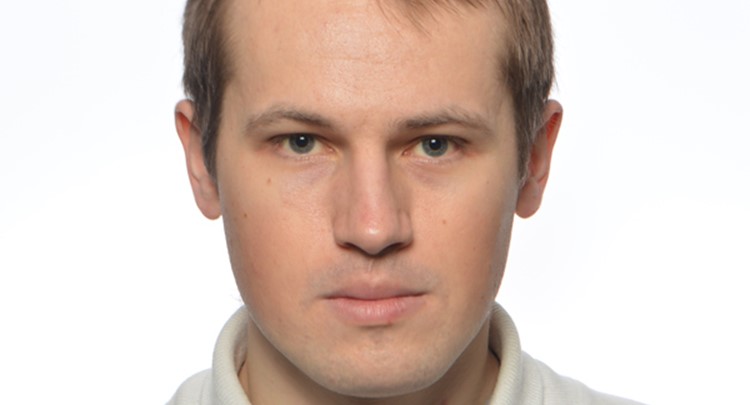 Mikhail Krishtab is a new member joining our group as a postdoc researcher. During his Master and PhD research, Mikhail was exploring various classes of porous materials for their application as low-k dielectrics in on-chip interconnects. His research involved evaluation of mechanical, electrical, chemical, optical and structural properties of thin porous films as well as of their compatibility with integration processes, mainly plasma etching. Supervised by Prof. Mikhail Baklanov and Prof. Stefan De Gendt, Mikhail Krishtab developed a new approach for damage-free integration of self-assembly based mesoporous organosilica coatings. His activities and interests span over wide range of microfabrication processes and thin film characterization techniques among which ellipsometric porosimetry takes the central place. As the class of metal-organic frameworks became an appealing candidate for replacement of silica-based low-k dielectrics, Mikhail's research touched on evaluation of dielectric properties of various MOF films prepared by liquid phase epitaxy (in collaboration with the group of Prof. Woell) and by solvent-free metal/metal oxide conversion (in collaboration with the group of Prof. Ameloot). In our group, Mikhail will investigate the impact of surface pattern and its functionality on nucleation and crystallization of CVD MOFs targeting applications in nanoelectronics devices. 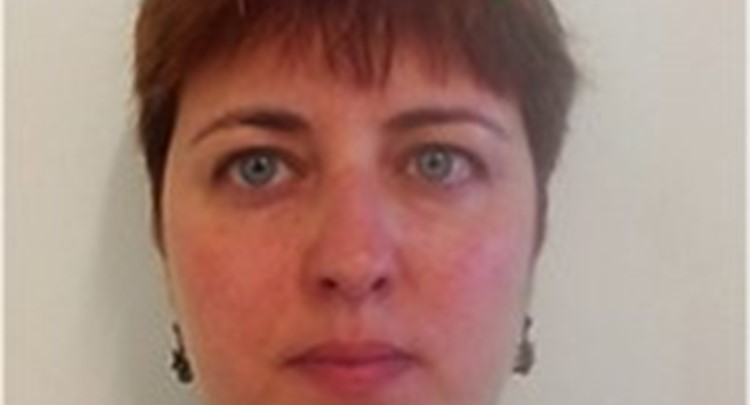 Sabina is joining our group after three years post-doctoral research at the Supramolecular Nanochemistry and Materials group of Prof. Daniel Maspoch in the Catalan Institute of Nanoscience and Nanotechnology (Barcelona, Spain). She was working on the synthesis and characterization of new Metal-Organic Frameworks (MOFs) and Coordination Polymers (CPs) based on peptides, poly-pyridyl, poly-carboxylic and nucleobases as organic ligands. She was focused on the study of their properties, such as hydrophobicity, gas sorption or the possibility to tune these properties by post-synthetic modification. Previously, Sabina completed her PhD in Inorganic Chemistry at the University of Vigo (Spain) in the Metallosupramolecular Chemistry group –under the supervision of Prof. Ezequiel Vazquez-Lopez, where she was working on the synthesis and characterization of CPs based on hydrazone ligands. She was focused on their single-crystal structure determination and the identification of their expansion patterns, involving supramolecular interactions. She also did a short stay at the Porous Solid Group (Lavoisier Institute of Versailles, France) under the supervision of Prof. Franck Millange. In our group, Sabina will focus on the development of MOF-on-MOF hybrids for membrane separation and on the crystallographic study of their hetero-epitaxial structural relationship. Welcome Sabina!